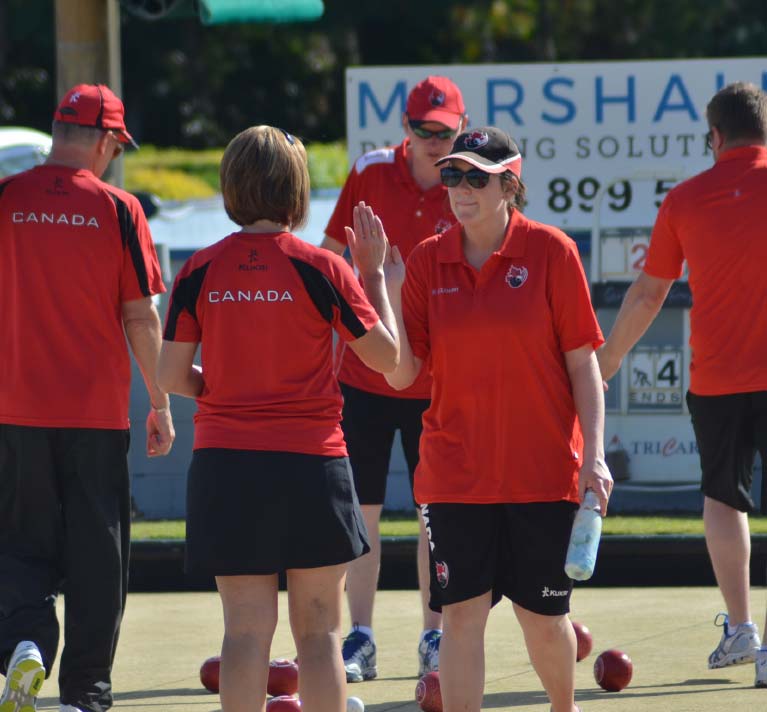 The basic principle of lawn bowling — aiming balls at a target — is the oldest known sport to mankind. As early as 5200 BC, graphical representations show human figures participating in the activity of tossing a ball or polished stones. Although lawn bowling has progressed tremendously over the years, the basis for the sport derives from its beginnings in ancient Egypt. Lawn bowling, also referred to as “bowls” or “bowling on the green” is a sport of accuracy and precision.

The International Bowling Board, now known as World Bowls, was formed in 1905 and lawn bowling has been contested at all Commonwealth Games except Kingston in 1966.

Lawn bowling is played on a 37- to 40-metre-square and perfectly flat section of grass called a “green”. A green is divided into multiple sections called rinks. Generally, rinks are between 5.5 and 5.8 metres wide.

Play begins with the first player laying the mat and, while standing on it, rolling a small white target ball, known as the “jack”, up the green where the ‘’skip” (or in singles, the “marker”) centres it. During the delivery of each bowl, a player must have one foot in contact with, or fully over the mat. The first player begins the match with a bowl, which is followed by a bowl of a player on the opposing team and play continues back and forth until both teams have rolled the appropriate number of bowls. The goal of the game is to roll as many bowls as close as possible to the jack. When the last bowl has been rolled, the players determine whose bowls are closest to the jack. One point is awarded for every bowl that is closer to the jack than the opponent’s closest bowl. The score is entered onto the scorecard.

Considering that the jack is moveable, the bowls are biased, and no two greens are the same, lawn bowling is a complex target sport involving multiple offensive and defensive strategies.

About the Commonwealth Games

The Commonwealth Games will start on July 29th and will end August 7th, 2022.

Team Canada will compete in 8 able bodied event including singles, pairs, triples, and fours for both women and men Lawn Bowls events.

For detail results and live scoring, hit the link below!