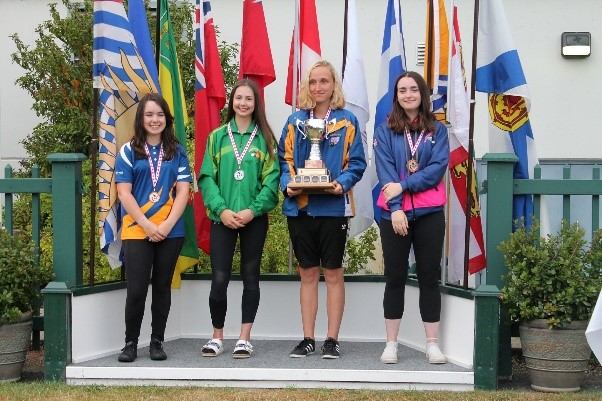 The 2019 Canadian Youth Championships have come to a close at the Juan de Fuca Lawn Bowling Club in Victoria, BC. Luci Ewen (BC) won the Girl’s Under 18 division, while Trevor Birrell (BC) won the Boy’s Under 18 division. In the Under 25 sections, Brandon Watson (SK) won the Men’s title, while Emma Boyd (BC) won the Women’s. Jacob Braun (MB) and Michael Fraser (BC) teamed up to win gold in the Forster-Lang Pairs.

In the Junior Girls (Under 18) discipline, Luci Ewen (BC) went 4-0 to win her section handily. In the playoffs, Ewen took down fellow BC native Sierra Trueman 18-6, before facing Alena Bergeron (SK) in the finals. With many great shots from both sides, Ewen eventually crossed the finish line with a final score of 18-11. In the bronze medal match, Trueman faced Alexis Gallacher (AB). Despite Gallacher’s best efforts, Trueman proved to be too much on the day, claiming bronze over the Albertan 18-11. 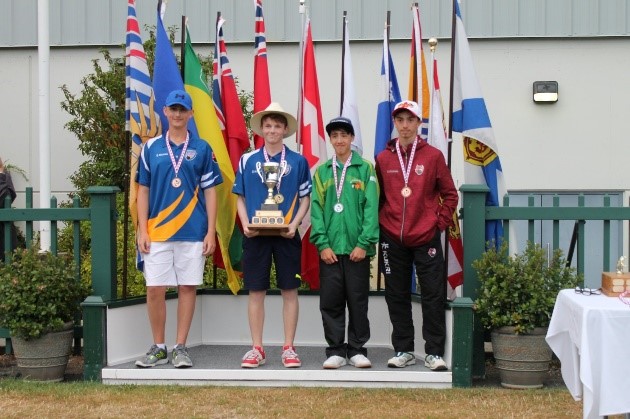 In the Junior Boys (Under 18) discipline, Trevor Birrell (BC) went 5-1 to win his section. In the semifinals, Birrell faced Auzzie Chambers (BC), winning by a score of 18-8 to advance to the gold medal match. In the finals, Birrell faced Lorrand Wong (SK). Birrell was determined to grab the gold, winning by a score of 18-3. In the bronze medal match, it was an all-BC affair with Owen Twamley facing off against Chambers. In a back-and-forth battle, Twamley snuck out the victory, 18-16, to claim the bronze. 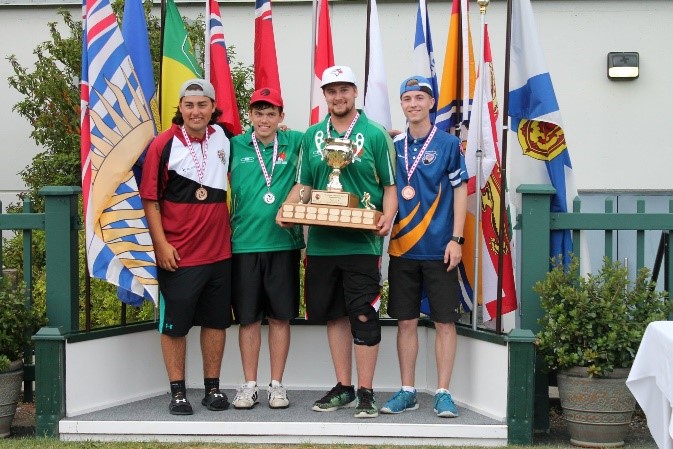 In the Under 25 Men’s discipline, Brandon Watson (SK) went 4-0 to win his group in the round robin. In the semifinals, Watson handled Max Bodley-Scott (BC) with a score of 21-9, before facing fellow Saskatchewan native Jordan Gailey in the final. The gold medal match proved to be a good test for Watson, with many excellent shots made by Gailey. In the end, Watson would prevail with a final score of 21-12. In the bronze medal match, Erik Galipeau (ON) faced Bodley-Scott. The Ontario-native proved too much for Bodley-Scott, winning by a final score of 21-14. 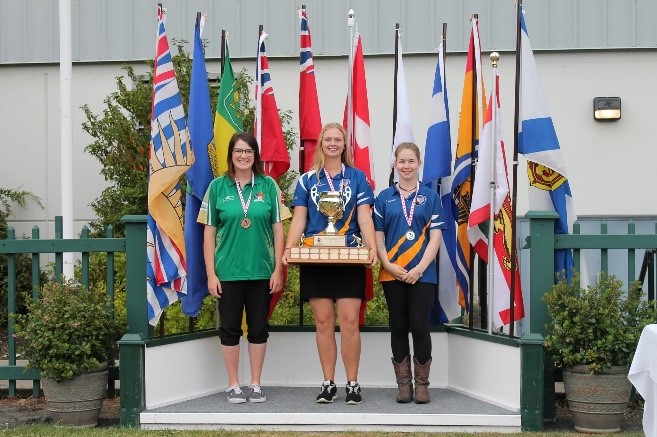 In the Under 25 Women’s division, Emma Boyd (BC) faced Carah Webster (BC) in the gold medal match. Boyd, who spent several months over the past year bowling in Australia, used her experience to claim gold over Webster with a final score of 21-17.

As winners of the Under 25 disciplines, Watson and Boyd will represent Canada at the World Junior Championships from December 3rd to 7th in England, UK. 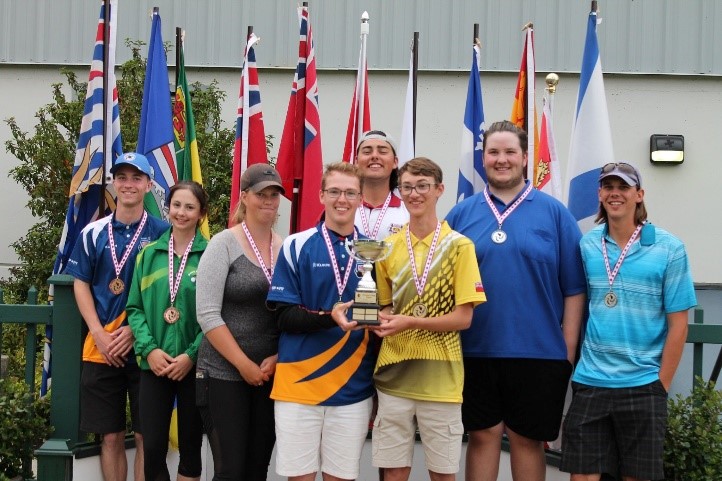 The Youth Championships are sponsored by long-term supporter MVP Sports. For over 20 years, MVP Sports has encouraged the growth of the junior program by providing financial assistance to the host club, as well as goody-bags for the participants and prizes for the winners of the event. To learn more about MVP Sports, please visit their website at http://mvpsports.ca/.

For standings and results: https://www.bowlscanada.com/en/championship/2019champ_youth.html.