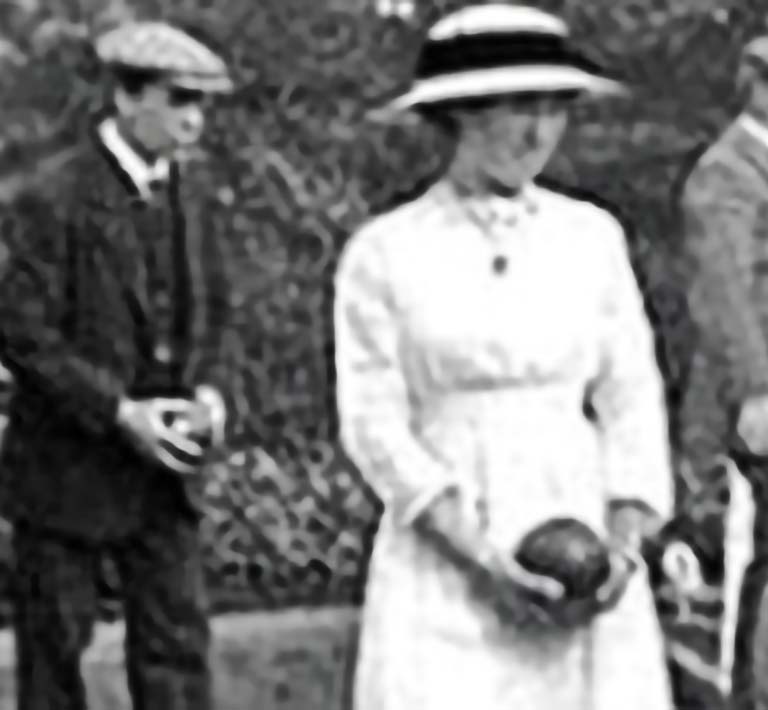 The history of bowls, in one form or another, reaches well back into antiquity in various parts of the world.  Stone Age excavations have confirmed that some sort of game was played with rounded rocks which were rolled or bowled to a peg or other marker.  Historical evidence of bowls-like games have been found in the cultures of the Ancient Egyptians, the Aztecs, the early Polynesians, and various North American aboriginal cultures. There are records of organized lawn bowls being played as far back as the 12th century in Great Britain.  The bowls used in these early days were merely rounded, without bias. The bias was not introduced until 1522 due entirely (it is claimed), to the accidental breaking of a bowl by Charles Brandon, Duke of Suffolk whereby he rushed indoors and sawed off an ornamental ball from a banister. Accordingly, one part was flat and it took a curving direction at the end of its run, instead of continuing on a straight line.

The increasing popularity of bowls in 14th century England created the fear by King and Parliament that the practice of archery was being neglected and that the effectiveness of the archers in battle or military operations would therefore be lowered.  As a result, various Statutes were passed restricting or forbidding sports such as bowls and tennis during the reigns of Edward III in 1361, Richard II in 1388, and Henry IV in 1409. These Statutes did not prevent the game from being played and the game’s popularity continued to grow.

In 1541, Henry VIII specifically forbid artificers, labourers, apprentices, husbandmen, servants or serving-men, and other “low-born” people from taking part in the game of bowls, except at Christmas on their master’s grounds and in his presence. Heavy monetary fines were provided as penalties for non-observance of the Law.  Queen Mary took it one step further in 1555 and disallowed the playing of the Christmas games on the grounds that the game of bowls was being used as an excuse for “unlawful assemblies, conventiclers, seditions, and conspiracies”.   The 1541 Act was in place for another three centuries when it was finally repealed in 1845 under the reign of Queen Victoria.

Despite these laws, the game of bowls continued to flourish.  Sir Francis Drake is reputed to have been playing bowls while the Spanish Armada sailed up the British Channel in 1588.  Shakespeare references the sport in Act III of Richard II indicating that both men and women could be found on the bowling greens.  By the early 19th century, many of the inns in England had established bowling greens, presumably as an amenity to attract customers.

As with golf, the game of Bowls owes its organized existence to the Scots.  Following a meeting in Glasgow in 1848, attended by about two hundred players from various clubs all with different Laws for playing the game, W.W. Mitchell of Glasgow drew up a “uniform code of Laws”.  These are the basis  of all subsequent Laws. In 1892, the Scottish Bowling Association was formed and in 1893, it drew up rules or Laws based on Mitchell’s Code and also published a Code of Ethics. The International Bowling Board was formed in 1905, the foundation members being Scotland, England, Ireland, and Wales. Canada was first admitted in 1928, as were Australia, New Zealand, South Africa, and the United States of America. Today the sport is played in over 40 countries with more than 50 member national authorities. The home of the modern game is still Scotland with the World Bowls centre in Edinburgh.