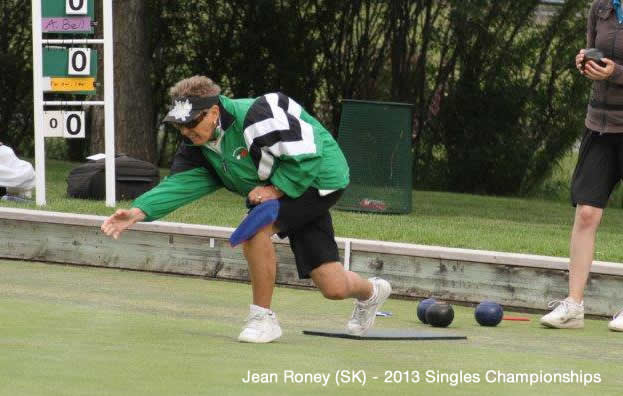 The 2014 Canadian Singles Championship Opening Ceremonies opened under threatening skies in the rain on Thursday June 19th at the Commonwealth Lawn Bowls Club in Edmonton, AB.  Eleven women and twenty nine men didn’t let the weather get them down as they marched onto the green to receive welcomes from the dignitaries in attendance.

As an open event, the Singles Championships attracts a wide variety of bowlers, from under 18 players such as Jordan Kos (SK) and Rob Law (MB) to High Performance Squad veterans such as Pat Bird (AB) and Harriette Pituley (SK).  The winners of the 2014 Canadian Singles Championships win cash prizes and the right to represent Canada in Queensland, Australia at the 2015 World Bowls Champion of Champions event.

Bowls Canada is pleased to announce that “bowlscanada.tv” will be live streaming selected knockout rounds and medal games on the Sunday and Monday.  You can follow the action at

http://www.sportscanada.tv/bowlscanada/.   You will also find the “bowlscanada.tv” link on the Bowls Canada homepage at www.bowlscanada.com.

Daily results will be posted online at: https://bowlscanada.com/en/championship/champ_singles.html. Find daily updates on our Facebook page at https://www.facebook.com/BCBOfficial.