The 2015 Canadian Women’s and Men’s Fours champions will compete at the 2016 Tiger Bowls World Invitation and the Tiger Bowls China Tour March 12th to 17th.

The Saskatchewan Men’s team of Jonathan Pituley, Alex Scott, Grant Wilkie and Michael Pituley and British Columbia Women’s team of Mary Wright, Anne Mathie, Belle Chan and Anne Van Bastelaere head to Hong Kong and Shenzhen China to take on a field of international competitors from across the globe. 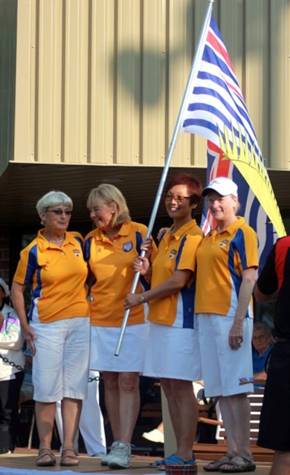 Skip Mary Wright is no stranger to this tournament and intends on using her previous experience to her team’s advantage. “The 2015 Ladies Fours Gold Medal winners are honoured to have the opportunity to play for Canada in this prestigious event. We intend to compete well and represent Canada with pride,” said Wright.

Their first challenge will be the 19th Tiger Bowls World Invitation tournament hosted in Hong Kong.  Day 1 will see all teams play in a sectioned round-robin to determine the top teams who will be grouped in the “Cup Section” play. The remaining teams will be grouped in the “Plate Section”.  Day 2 action will involve a qualifying stage and knock-out stage for each of the Cup and Plate champions.

The teams will then proceed to Shenzhen, China for the China Open. This tournament is played in a “skins format” where all round robin games are comprised of eight ends divided into three ‘skins’.  The first and second skin are each made up of three ends with the final skin being only two ends.  A team wins a skin if it has more shots than the opponent at the completion of that skin.  Two points are awarded for winning a skin or one point each in the case of a tied skin.  At the end of the game, another two points are awarded to the team winning the total shots aggregate.  After the round robin stage, overall rankings are determined with the top four men’s teams automatically advancing to the semi-finals and the two women’s teams automatically advancing to the final. 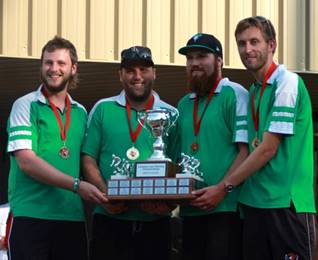 Despite their youth, the Saskatchewan team has plenty of experience. All have played internationally and vice Alex Scott is a past member of Canada’s Senior National Team. “With the veteran leadership of Alex and the enthusiasm from Grant and Michael, our team has the perfect composition to be successful,” said Men’s skip Jonathan Pituley. “We will work hard to represent ourselves and our country to the best of our abilities.”

Results will be posted at http://bit.ly/1R3Zok3