Canada’s best bowlers battled it out on the beautiful greens of the Juan de Fuca Lawn Bowling Club to determine who would be crowned this year’s national champions.

It was a battle of the brothers in men’s pairs as Ontario’s Dave and Rob Steffen won a decisive victory to claim gold over Saskatchewan brothers and defending champions Jon and Michael Pituley.  The final score was 20-8 after 15 ends. In bronze medal action, Alberta pair Greg Wilson and Derek Dillon won bronze over Nova Scotia’s Terry O’Neil and Doug McLearn with a final score of 19-11. 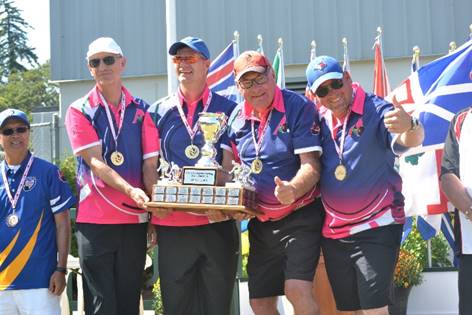 The mother-daughter duo of Shirley Fitzpatrick-Wong and Clarice Fitzpatrick (Winnipeg, Manitoba) defeated Nova Scotia’s Lena Cameron and Patti Granville with a score of 22-15 to claim gold.  British Columbia pair Lynda Robbins and Patricia Levie won the bronze over Ontario’s Cindy Higgins and Carol Finlayson in a final score of 19-10. 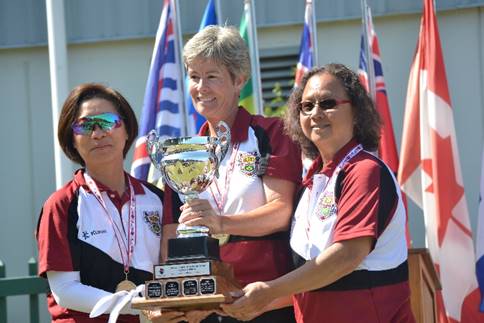 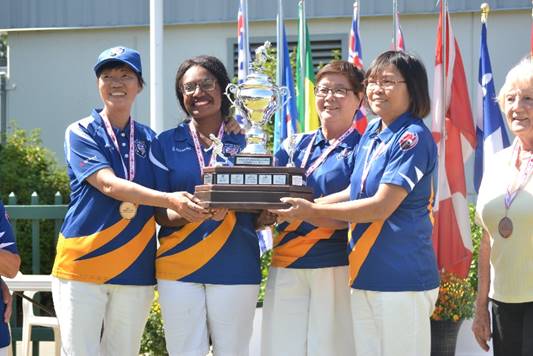 The coveted Lady Alexander and Cy English trophies were won by British Columbia-B and Alberta-A respectively.  These trophies are awarded to the women’s and men’s teams that accumulate the greatest number of points during round robin play.

Next year’s championship will be hosted in Regina, Saskatchewan.

Photos can be found at http://bit.ly/2wOAFik

About the 2017 Canadian Championships
The Canadian Lawn Bowling Championships are an annual outdoor championship that feature both men and women competing across three disciplines: pairs, triples and fours. The 2017 event was held at the Juan De Fuca Lawn Bowling Club in Victoria, British Columbia from August 14th to 19th, 2017.