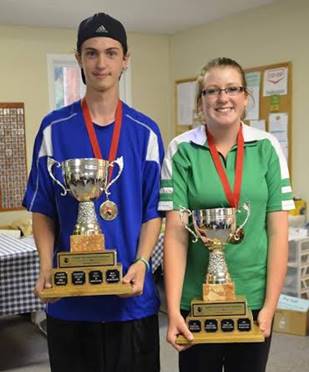 Following an exciting week of competition at the Junior Championships at Nutana Lawn bowling in Saskatoon, the winners have been decided.

On the men’s side, it was Braeden Campbell of Nova Scotia, who won the gold medal over Nathan Jacobucci of Manitoba 21-8.  Campbell finished 8-1 in the round robin before moving into the playoff round in first place.  He continued his strong presence and reliable play during the final to clinch the Junior Champion title.

Congratulations to Rob Law of Manitoba, who won the Bronze Medal over Owen Kirby of Ontario 21-8. 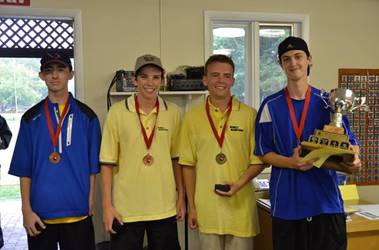 For the women, it was local native Jordan Kos of Saskatchewan, who won the gold medal 21- 9 over Nicole LeBlanc of Ontario.  Kos and LeBlanc finished the round robin with an identical 4-1 record, with Kos narrowly winning the round robin match against LeBlanc 21-19.  The ladies played well and had fans on the edge of their seats until the last bowl was thrown. 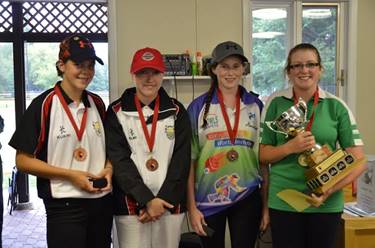 Congratulations to Chris Burke of Ontario, who won the Bronze Medal over Baylee van Steijn of Ontario 21-16.

Competition continues with the Under 25 Championship wrapping up on Monday.