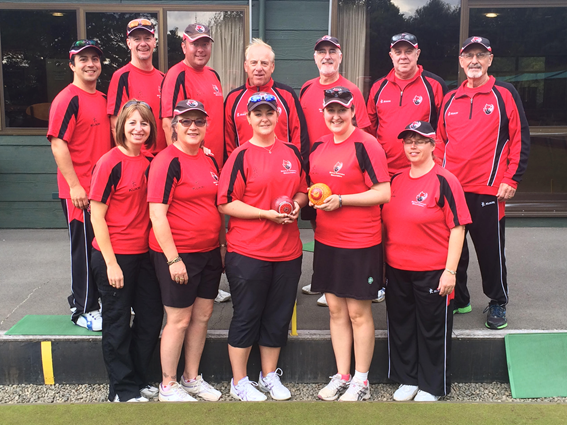 Team Canada is ready for action.  After a week of acclimatization and training, our athletes are ready to put their best bowl forward and take on the competition.  Following a great opening ceremony, team Canada is focused and ready to get down to business.

With some of the top bowlers in the world in attendance at the Asia Pacific Championship, there are expected to be many highlights and tough competition.  Team Canada will compete in all disciplines on both men and women’s sides, here is how it will breakdown:

The goal at the APC is to win a medal in each discipline; performance to date has shown that Canadian athletes are capable of finishing in the top five in both the men and women’s events and after the week of training and a solid play, podium success is achievable.

New Zealand and Australia are figured to be the toughest competition followed closely by Malaysia, as they are all notorious for fielding top rated squads.  However, Canada will not be taking any country lightly and have been preparing accordingly.  The acclimatization training was imperative to prepare team Canada for the infamous speedy greens of the southern hemisphere.  While the team held a training camp in the spring, being on the ground in advance and getting used to the greens and the wind are sure to help push the boundaries on Canadian performances at the APC.

The schedule of play is packed with tough matches and long days but Canadian team manager Don Caswell is optimistic, “we have had the opportunity to gel as a team over the last week after arriving in New Zealand” he said, “our team is strong and we are looking to use players like Ryan Bester and Leanne Chinery who play daily on these fast greens to help propel the team”.

Week one will feature the women playing singles and fours, while the men play pairs and triples.  In order to create the strongest team possible, some obvious match ups were created and historical play rewarded.  Kelly McKerihen will represent Canada in the singles and after winning the Canadian Indoor Singles Championships in 2013 and 2014 as well as showing great success in the Southern Hemisphere, she is sure to make Canadians proud at the APC.  The women’s fours team add to the experience level and will surely not disappoint throughout the competition.  The women have bonded in advance of arriving, prepared and communicated accordingly and with the experience and leadership of Shirley Fitzpatrick-Wong and Harriette Pituley in addition to Leanne Chinery and Jackie Foster, the team will have a stabilizing effect when needed.

On the men’s side, Ryan Bester and Steven Santana will be a formidable team in the pairs competition as both men have the experience and confidence needed to overcome some difficult competition.  Alf Wallace joined team Canada after coming off a successful Champion of Champions tournament in Australia and will join Pat Bird and Steve McKerihen in the triples.  All three men have considerable experience playing internationally, especially in the southern hemisphere.  McKerihen has a history of finishing on the podium when he plays in New Zealand and he will bring that confidence and experience with him in both the triples and the fours.

Top games to watch in week 1:

Semi-finals for week one’s action including the women’s singles, women’s fours, men’s pairs and men’s triples will be played on Friday, November 27th with all finals being played at the end of week two on December 4th, 5th and 6th.

For all the results of the Asia Pacific Championships, click here.