Women’s Singles and Fours at the 2019 Asia Pacific Championships

Play begins next week at the Asia Pacific Championships in Gold Coast, Australia. As a qualifier for the 2020 World Championships, this event will be extremely important for Team Canada.

The first half of the event will feature women’s singles and fours, and men’s pairs and triples. With a two hour and fifteen-minute time limit, games will take place at 8:45am, 12:00pm, and 2:45pm local time each day from June 18 to June 20 for the round robin games, followed by playoffs and finals on June 21 and 22. 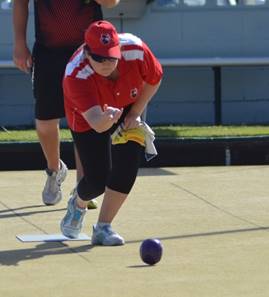 Women’s Singles
With 9 others in her section, Kelly McKerihen (Toronto, ON) will be eager to improve on her showing at the 2018 Commonwealth Games. Also played on the Gold Coast, Kelly finished 4th in the Commonwealth Games and will be hungry for a podium finish at these Asia Pacific Championship. Standing in her way will be Australia’s Kelsey Cottrell and Malaysia’s Siti Zalina Ahmad. Kelly doesn’t play Australia until game 5, and Malaysia until game 8, so she should be warmed up and ready to go by then. Keys to a playoff push from McKerihen will include securing those early wins in her section. 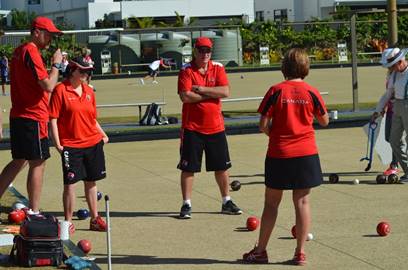 Leanne Chinery (Victoria, BC), Jordan Kos (Regina, SK), Joanna Cooper (Calgary, AB), and Jackie Foster (Bridgetown, NS) will be in for a tough sectional of women’s fours.  With the likes of New Zealand, USA, and the Philippines in their pool, the Canadians will need to play at the top of game to advance out of their pool of 9. At the last Asia Pacific Championships, USA’s women’s fours team brought home a silver medal, while the Philippines lost out in the quarterfinals. With New Zealanders frequently competing in Australia, these three matches have the potential to cause difficulties for the Canadian squad. These are also the last three games for the Canucks, so each game could be the difference maker for who advances to the playoffs and who does not.  The Canadian women are no strangers to a challenge.  At the 2018 Commonwealth Games, Chinery, Cooper and Foster were part of a fours team that almost knocked the favoured Australians out of gold medal contention.  While still new to the international scene, Kos has demonstrated her ability to compete under pressure in the vice position at multiple national championships. As long as the Canadians can grab one win from either New Zealand, USA, or the Philippines, they should stand a fighting chance to advance to the playoffs.