Champions Crowned at the 2016 Junior Championships 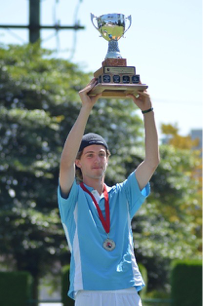 Returning champion Braeden Campbell of Nova Scotia has made it two titles in a row with his gold medal win over Rob Law of Manitoba (18-13). It was an exciting match up as both Campbell and Law were undefeated throughout round robin play and finished at the top of their respective pools. Known for his consistent play under pressure, Campbell remained in control for the majority of the match despite Law’s best efforts.

Michael Fraser of Ontario came from behind to pull out the win for the bronze medal over Carter Watson of Saskatchewan 18-13. 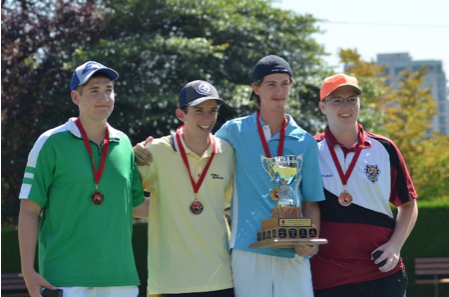 On the women’s side, it was local native Carah Webster of British Columbia, who won the gold medal (18-15) over the returning champion Jordan Kos of Saskatchewan. Webster and Kos faced each other in round robin play where Kos won 18-6. Webster is having a strong 2016 season and now has both a national and provincial junior title under her belt.

It was another battle for bronze with Baylee Van Steijn of Ontario ultimately taking the win (18-17) over Emma Boyd of British Columbia. 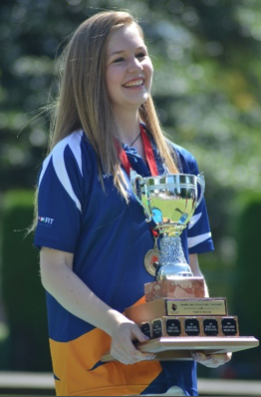 “I was impressed with the quality of play from all of the competitors”, said Bowls Canada Performance Director Macky Singh. “The talent displayed during this competition indicates a bright future for Canadian bowls”.

In the afternoon, Bowls Canada Boulingrin ran a high performance camp for the Junior and Under 25 athletes. The camp was co-run by BCB Performance Director Macky Singh and Asia Pacific Championships pairs gold medalist Steven Santana. The camp focused on strategies and skills required to 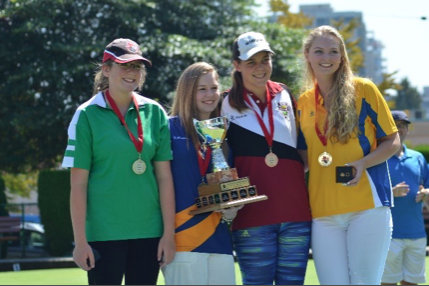 achieve high performance success. Junior gold medalist, Braeden Campbell stated “It was a great camp and I really enjoyed it. I hope it will be included in next year’s championships.”

Competition continues at the North Vancouver Lawn Bowling Club with the Forster Lang Pairs competition today followed by the Under 25 Championships from August 6-9th. 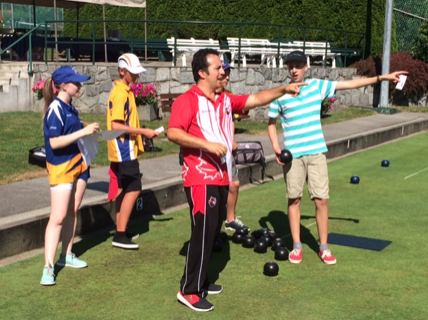