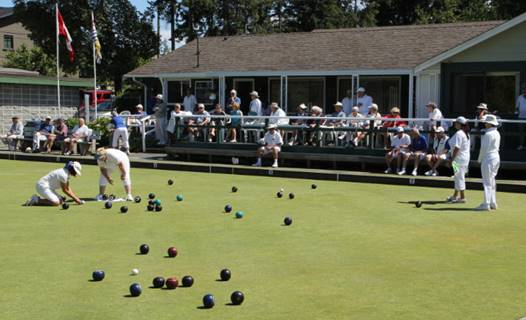 The city of Qualicum Beach, British Columbia gears up to welcome the 2018 Mixed Pairs Championships, starting September 11th to 15th. Ten teams of two, representing seven provinces across Canada, will compete for the national title. This Championship is one of Bowls Canada’s most popular competitions as it enables men and women to compete together.

Many new faces are competing this year due to the new national competition model now recognizing two distinct streams of participation.

Competition is sure to be tough at the Qualicum Beach Lawn Bowling Club, with numerous “dark horses” looking to win the trophy for their province.

The first games start at 9 am on Wednesday September 12th.  A full round robin tournament fixture will be played with the top four teams advancing to medal round play. The competition will conclude with the medal rounds on Saturday, September 15th.

For standings and results: http://www.bowlscanada.com/en/championship/2018champ_mixed.html