Ontario men Go for Gold in all disciplines 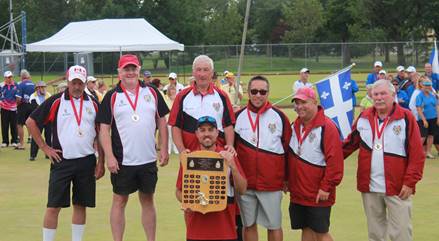 After six days of competition, nine round robin games and one medal game, our men’s winners have been crowned at the 2016 Canadian Lawn Bowls Championships in Edmonton, Alberta at the beautiful Commonwealth Lawn Bowling Club on Saturday August 20th, 2016.

The Ontario Men played for gold in all three men’s disciplines this year, with Ontario West winning the coveted Cy English Award which is awarded to the team with the most number of match points collected over round robin play.

The Men’s Pairs event saw Saskatchewan and Ontario-West go head to head in pursuit of the gold medal.  This year, the Saskatchewan brothers of Jonathan and Michael Pituley won gold over Ontario-West’s Kevin Jones and James Covell with a final score of 23-14.  In the bronze medal match, British Columbia’s team of Hirendra Bhartu and Tim Mason claimed victory over Ontario-East’s brothers Dave and Robert Steffen with a score of 28-3. 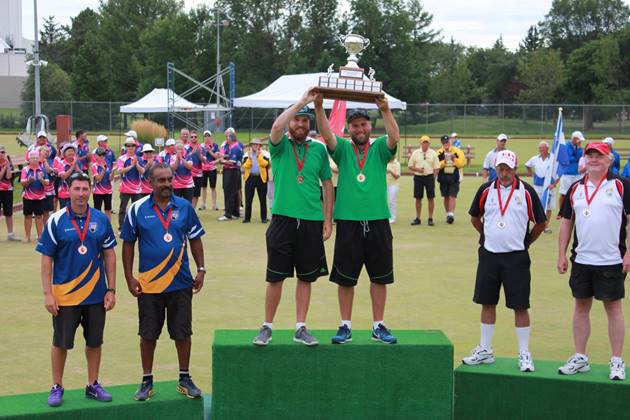 The Men’s Triples event came down to the last bowl in an extra end, but ultimately the Nova Scotia team of Steve Ogden, Terry O’Neil and Steve Bezanson pulled off the win for the gold medal (19-18) over Ontario-West’s Wayne Wright, Chris Stadnyk and Ryan Stadnyk.  In the bronze medal game, BC’s David Mathie, George Cubiss and Arthur Harrison defeated the Quebec team of David-James Smith, Patrick Desranleau and Roger Smith in a score of 17-11. 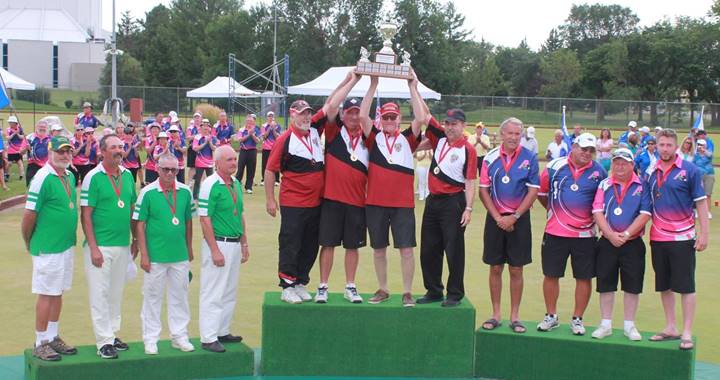 Full results of the Canadian Championships they can be found at: https://bowlscanada.com/en/championship/2016champ_canadian.html