Bowls Canada Boulingrin (BCB) is pleased to announce the selection of the 2017-18 Senior and Development Squads. Athletes from across Canada applied to be selected to only seven spots on each of the men’s and women’s senior squads.  “The smaller squad numbers will allow for more opportunities for the athletes to play together and develop the solid playing relationship required for international success. However, it definitely made for an extremely tough selection process.”  said High Performance Chairperson Don Caswell. He went on to say that BCB is committed to the principles of high performance and the players understand the challenges and hard work required to compete at the top level of international play.

These squads are in place for the next two competitive seasons. 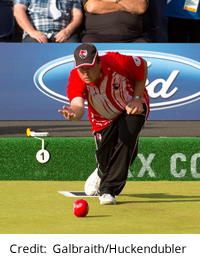 Ryan Bester of Hanover, Ontario, 2016 World Bowls Silver medalist, will once again lead the men’s national Senior Squad.  Veterans Chris and Ryan Stadnyk will also return to the squad for another cycle.

Dropped from the squad in 2015, Greg Wilson makes a come back after spending the last two years honing his game and perfecting his skills.  New to this Senior Squad are Michael Pituley, Cameron Lefresne and Kody Olthof.  Both Pituley and Lefresne are making the transition from the Development Squad to the Senior Squad, while Olthof’s highly successful performance at the 2016 North American Challenge showed he deserved a spot on the squad. 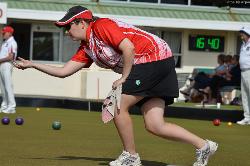 2016 World Bowls Bronze medalist Kelly McKerihen and her World Bowls teammates Leanne Chinery, Shirley Fitzpatrick-Wong, Jacqueline Foster, and Pricilla Westlake all retain their positions on the Senior Squad.  Jordan Kos (Regina, Saskatchewan) joins Pituley and Lefresne in transitioning from the Development to Senior Squad. Rounding out the Squad is Calgary’s Joanna Cooper. Cooper made her international debut at the 2016 North American Challenge where both she and Kos demonstrated that they were ready to perform as members of Canada’s Senior Squad.

“We would like to acknowledge the service and commitment of previous squad athletes who were not selected,” said Caswell. “We also acknowledge those who removed themselves from the selection process and wish them the very best with this next phase of their lives.”