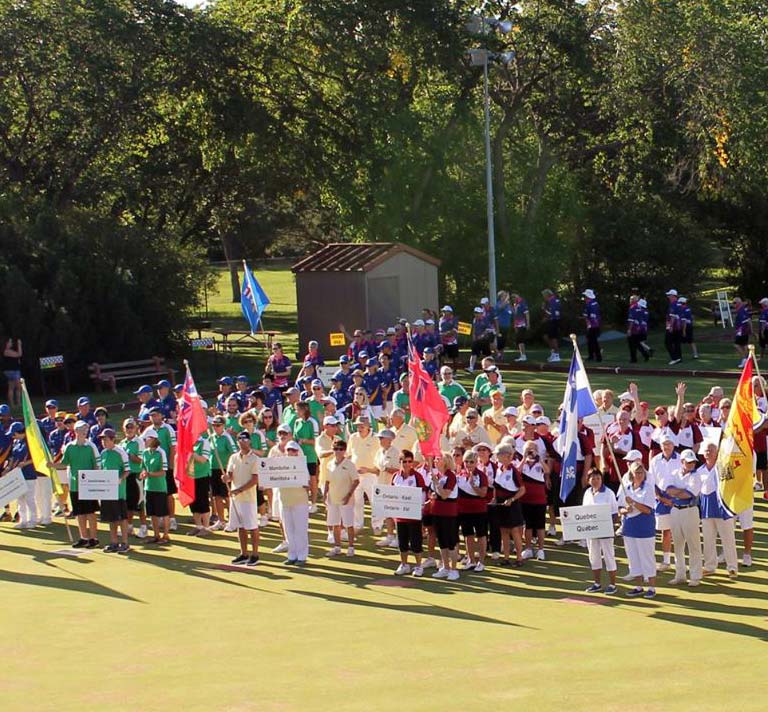 The Peterborough Lawn Bowling Club has a long history in the City of Peterborough dating back to April 30, 190l, when a large number of citizens organized the Club. The location was the north east corner of Simcoe and Aylmer Streets, with seven rinks available for play. By June 4, 190l, 94 bowlers were registered with an annual fee of $2.00. It took only two weeks to ready the grounds and the members were requested to wear rubber shoes.

In 1929, the club moved to its current location on McDonnel St. In 2004, the Peterborough Lawn Bowling Club had 180 members who enjoyed a choice of 6 leagues, as well as 12 “In Club” events during the season. Our Clubhouse basement was devastated by the “great flood” of July 15, 2004, and we worked towards restoring it during the winter of 2005 to maintain the legacy left by our “founding Fathers”. J.H. Sedgewick, the first President of the Incorporated Club, was quoted in the “Daily Examiner” as saying that the Club planned to create “the finest bowling greens in Canada” and we are proud to say his prediction holds true today.

In 2010, the new clubhouse was constructed in partnership with the Whitlaw-Mariners Seniors Club.  The McDonnel Street Activity Centre was created to allow both groups to share the facility.  In addition to lawn bowling there are darts, shuffleboard, bid euchre, bridge and indoor mat bowling offered throughout the year.

All players, officials, and guests arriving at Pearson Airport will need to arrange a shuttle to the accommodations from the airport.  One option is Century Transportation: http://www.centurytransportation.ca/toronto-airport-shuttle/

There is free parking available at the hotel for those travelling by car.
The host club will provide free bus transportation to and from the hotel and greens daily. The bus will leave the host hotel at 8am each morning, and return to the hotel at the end of each day, except on Wednesday, August 30th. Those who require transportation to the hotel after the medal rounds on Wednesday, August 30th must make advance reservations with the club.

Those not staying at the host hotel will need to make their own transportation arrangements.

If you have a question or concern about the 2017 Canadian Senior Triples Championships, please e-mail: Jeff Lawrence