The Women’s Pairs and Triples events, taking place during the second half of the 2019 Asia Pacific Championships, are scheduled to begin on June 24th local time. Having completed Singles and Fours play already, the Canadians will be well-warmed up for the next stage of competition on the sunny Gold Coast of Australia. 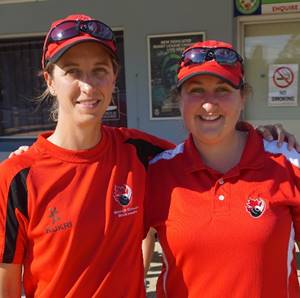 Kelly McKerihen (Toronto, ON) and Joanna Cooper (Calgary, AB) will team up for the women’s pairs portion of the competition. This is a new pairing for Canada.  The duo had their first chance to play together during the 2019 Australian Open where they went 3-0 in sectional play to advance to the knock out rounds.

The big three in their Asia Pacific Championships group are Malaysia, Philippines, and New Zealand. These are also the last three games of the round robin, so each game will be critical by the time McKerihen and Cooper get to them. Malaysia’s skip, Siti Zalina Ahmad, won gold in women’s pairs at the Commonwealth Games, and was also in McKerihen’s section for the singles in the first half of this event. This should be the game to watch, and could be the decider for who finishes first and who finishes second in the pool. 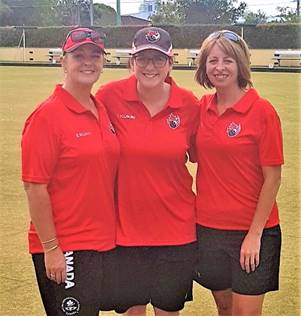 In the women’s triples, Leanne Chinery (Victoria, BC), Jordan Kos (Regina, SK), and Jackie Foster (Bridgetown, NS) will join forces. Canada is hoping that the move of Chinery from leading Pairs to skipping the Triples will prove profitable.  Leading the Triples is a familiar spot for Foster having played this position at the 2018 Commonwealth Games. While still new to the international scene, newcomer Kos is known for her steady play and clutch shots in the vice position.

Australia’s Rebecca Van Asch, Natasha Scott and Carla Krizanic will be the team to beat in their pool, but Malaysia will prove difficult as well.  At the last two major international events (Commonwealth Games and World Championships), Malaysia’s women’s triples squad has finished 5th and 3rd respectively. If Canada can keep it close against both Australia and Malaysia, they should be able to finish in the top three in their group and advance to the playoffs.