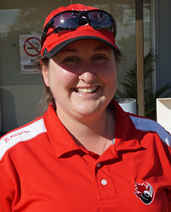 Day 1 is in the books for the 2019 Asia Pacific Championships being held on Gold Coast, Australia. Team Canada had a successful first day, going undefeated the first two rounds.

Women’s Singles
Kelly McKerihen (Toronto, ON) won her first game against Niue quite handily, with a final score of 21-4. McKerihen followed that up with a 21-17 win over Fiji, before losing a nail-biter 21-20 to Papua New Guinea. This puts McKerihen in 3rd place in her section with a record of 2-1. 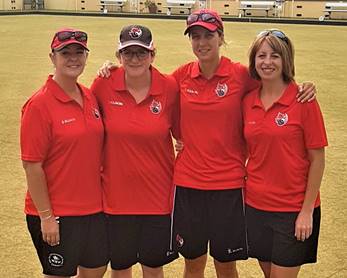 Women’s Fours
The Canadian crew of Leanne Chinery (Victoria, BC), Jordan Kos (Regina, SK) Joanna Cooper (Calgary, AB), and Jackie Foster (Bridgetown, NS) started off with a bang, beating Norfolk Island 21-13. The ladies had a bye in the second round, and finished the day with a 21-3 victory over Niue. With a 2-0 record, the Canadians sit in 3rd place in their pool, behind New Zealand and the Philippines who both went 3-0. 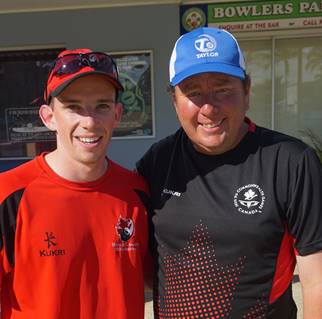 Men’s Pairs
In Rob Law (Winnipeg, MB) and Ryan Bester’s (Hanover, ON) first international game together, the duo defeated Japan 22-15. In the second round, the Canadian pair kept rolling, defeating China 22-10. The duo finished the day with a bye, to give them a record of 2-0 to start the event. The Canadians find themselves in 3rd place in their section. 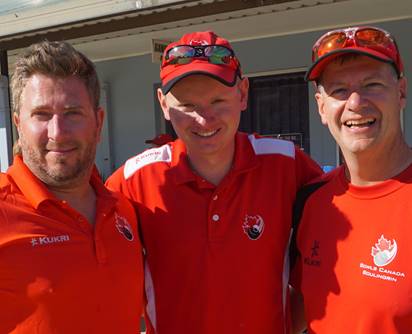 Men’s Triples
Greg Wilson (Cochrane, AB), Cam Lefresne (Enfield, NS), and Pat Bird (Calgary, AB), got off to a hot start in the men’s triples. For Wilson and Lefresne, they got some sweet revenge against Norfolk Island with a 19-7 victory. Norfolk Island beat Wilson and Lefresne in the bronze medal match of the Commonwealth Games earlier this year, making yesterday’s victory that much sweeter. In the second round, the Canadian trio snuck away a 15-14 victory over Malaysia before coming up short against India in the final game of the day, losing 19-8. With a 2-1 record, the Canadians find themselves sitting in 3rd place in their group.