The 2019 Asia Pacific Championships being held on Gold Coast, Australia have come to a close, and Canada will return home with four medals.

The first half of the 2019 Asia Pacific Championships featured men’s pairs and triples, while the women competed in singles and fours. The second half of the event saw the men play in singles and fours, while the women competed in pairs and triples. Each discipline was split up into two sections, with the top three in each section advancing to playoffs. 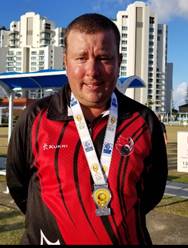 Men’s Singles
Ryan Bester sailed through the sectional play, going 8-1 to finish 2nd in his group. In the quarterfinals, Bester took care of business against Thailand, winning 21-10. Bester faced Australia in the semis, where he faced the only player to defeat him in the sectional play. The Canadian got his revenge, beating Australia 21-14 to advance to the gold medal game. In the final, Bester faced New Zealand’s Shannon McIlroy in a rematch of the 2016 World Championship final. Despite a hot start by Bester, McIlroy emerged victorious 21-20 to claim the gold medal while Bester collected the silver. 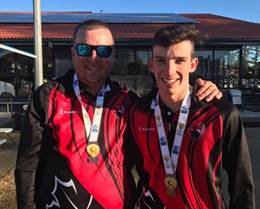 Men’s Pairs
Ryan Bester and Rob Law teamed up in the men’s pairs and finished their sectional play with a record of 6-2, which put them in 3rd in their group. In the quarterfinals, Bester and Law defeated Thailand 21-16 to advance to the semifinals. In the semis, Australia defeated the Canadians 21-6. With no bronze medal matches at these championships, the Canadian duo received a bronze medal alongside the other semifinalist who did not advance.

Men’s Triples
Cameron Lefresne, Greg Wilson, and Pat Bird played the men’s triples while Bester and Law competed in the pairs. The Canadian trio lost a few nail-biter games and ultimately finished with a  record of 4-4. This put them in 6th place in their group, which was not high enough to advance to playoffs.

The Canadian crew of Cam Lefresne (Enfield, NS), Greg Wilson (Cochrane, AB), Pat Bird (Calgary, AB), and Rob Law (Winnipeg, MB) played fantastically in the men’s fours. With a record of 5-2-1 in the sectional play, Canada finished 3rd in their group and advanced to the quarterfinals. In the quarterfinals, Hong Kong took Canada all the way to an extra end, where some fantastic shot-making by skip Cam Lefresne secured the win. In the semifinals, Canada could not get past New Zealand’s red hot skip Ali Forsyth and were defeated 17-6. Despite the loss, the Canadian fours team were rewarded for their solid play throughout with a bronze medal.

Kelly McKerihen (Toronto, ON) represented Canada in the women’s singles. With a record of 7-2 in the sectional stages, McKerihen finished 2nd in her group and advanced to the quarterfinals. In the quarterfinals, McKerihen met two-time Commonwealth Games Champion, Jo Edwards. Edwards proved too much for the Canadian on the day, winning 21-16 and ultimately went on to win gold.

Women’s Pairs
McKerihen teamed up with Joanna Cooper (Calgary, AB) in the women’s pairs. Despite some excellent games, the duo finished with a record of 4-4, which put them in 6th place in their group and they did not advance to playoffs.

Women’s Triples
Leanne Chinery, Jordan Kos, and Jackie Foster played phenomenally for Canada in the women’s triples. With a record of 6-2 after the sectional play, the women went on to defeat a favoured New Zealand in the quarterfinals 21-14. The Canadians had a brilliant match against Australia in the semifinals, but came up just short, losing 20-15. Australia would go on to win gold and Canadian women took home a bronze medal for Canada. 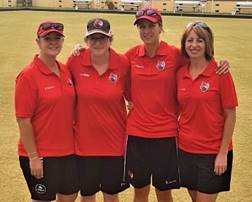 “This was a fantastic effort overall for Canada”, said Coach Terry Scott. “We wanted to build on our momentum from last year’s Commonwealth Games and we have certainly done that. Our goal was to qualify in all eight disciplines (for World Bowls Championships) and bring home 3 medals.  It feels great to have exceeded our goals.”