Canada’s Kelly McKerihen and Ryan Bester have been selected to join an international all-star team to take on the Australian Jackaroos, reigning world and Commonwealth champions, in the inaugural World Bowls Challenge.

This new blockbuster international bowls event is being hailed as the flat green sport’s equivalent to golf’s iconic Ryder Cup and will be staged in Australia later this year.  The exciting ten-a-side format will be staged from November 29-30 at the magnificent Moama Bowling Club.

Bester (Hanover, Ontario) is a former World Pairs Champion and has been consistently ranked in the top five in the world over the past few years.  “It’s a great honour to be chosen to represent the World Team in the Challenge,” said Bester. “It will be great to play with some of the legends of the game instead of playing against them.”  Currently playing out of Broadbeach (Australia), Bester was recently ranked in the top spot of the Australian National Ranking.  Reflecting on the event to come, Bester had this to say, “Moama is a great club.  I have been lucky to represent them in the Bowls Premier League over the last 5 years and being able to represent the World Team at this club is fantastic.  Hopefully Kelly and myself can be part of the first winning team.” 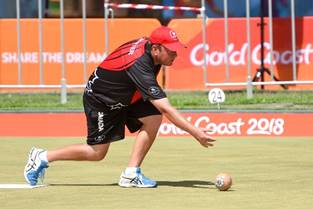 McKerihen (Toronto, Ontario) has been Canada’s top singles player for over a decade.  In 2017 she made the decision to relocate to Australia to play out of the Clayton Bowls Club and was recently ranked 14th in the Australian National Rankings. She is looking forward to playing with some of the world’s top athletes in the Challenge, “It’s going to be great teaming up with this amazingly talented group of players in November to play against the Australian side. It’s a very unique opportunity to get to play along side people you usually play against internationally, and I’m really looking forward to this amazing opportunity!” 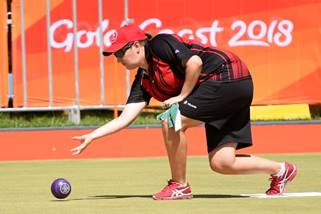