Winners Declared at the 2022 Youth Championship

The 2022 Canadian Youth Championships have wrapped up at the Port Credit Lawn Bowling Club in Mississauga, Ontario. Amy Spence (Women’s Under 25), Owen Kirby (Men’s Under 25), Kiera Schaelow (Girl’s Under 18) and Logan Saunderson (Boy’s Under 18) have all claimed gold in their respective divisions.

With play starting on Monday, August 1st, participants in both Under 18 and Under 25 divisions competed in the Forster-Lang Pairs, a cross-division event, followed by Singles every day. With players from British Columbia, Alberta, Saskatchewan, Ontario, Nova Scotia, and Prince Edward Island, the field was hotly contested. In the end, it was Brad Roden (Alberta) and Lorrand Wong (Saskatchewan) who claimed gold in the Forster-Lang Pairs over Erik Galipeau (Ontario) and Teryn Mitchell (Alberta).

In the Under 18 Girl’s division, 6 players advanced to playoffs. After byes and quarterfinals were determined, it was Kiera Schaelow (AB), Teryn Mitchell (AB), Ella Hammond (ON), and Ella Conlin (ON) who would battle on the green in the medal rounds. It was a battle of Alberta for gold, with Schaelow claiming the victory with a final score of 18 to 5, while Ella Conlin defeated Ella Hammond by a score of 18 to 8 for bronze.

In the Under 18 Boy’s division, 6 players advanced to playoffs as well. Lorrand Wong (SK), Logan Saunderson (BC), Gannen Stanyer (ON) and Dekker Ly (ON) were the finalists. In a hotly contested gold medal match, it was Saunderson who would finish on top by a score of 18-13. In the bronze medal match, Stanyer took the victory with a score of 18-10 over Ly.

In the Under 25 Women’s division, there was a full round robin played. After the dust settled, it was Amy Spence (PEI) and Alexis Gallacher 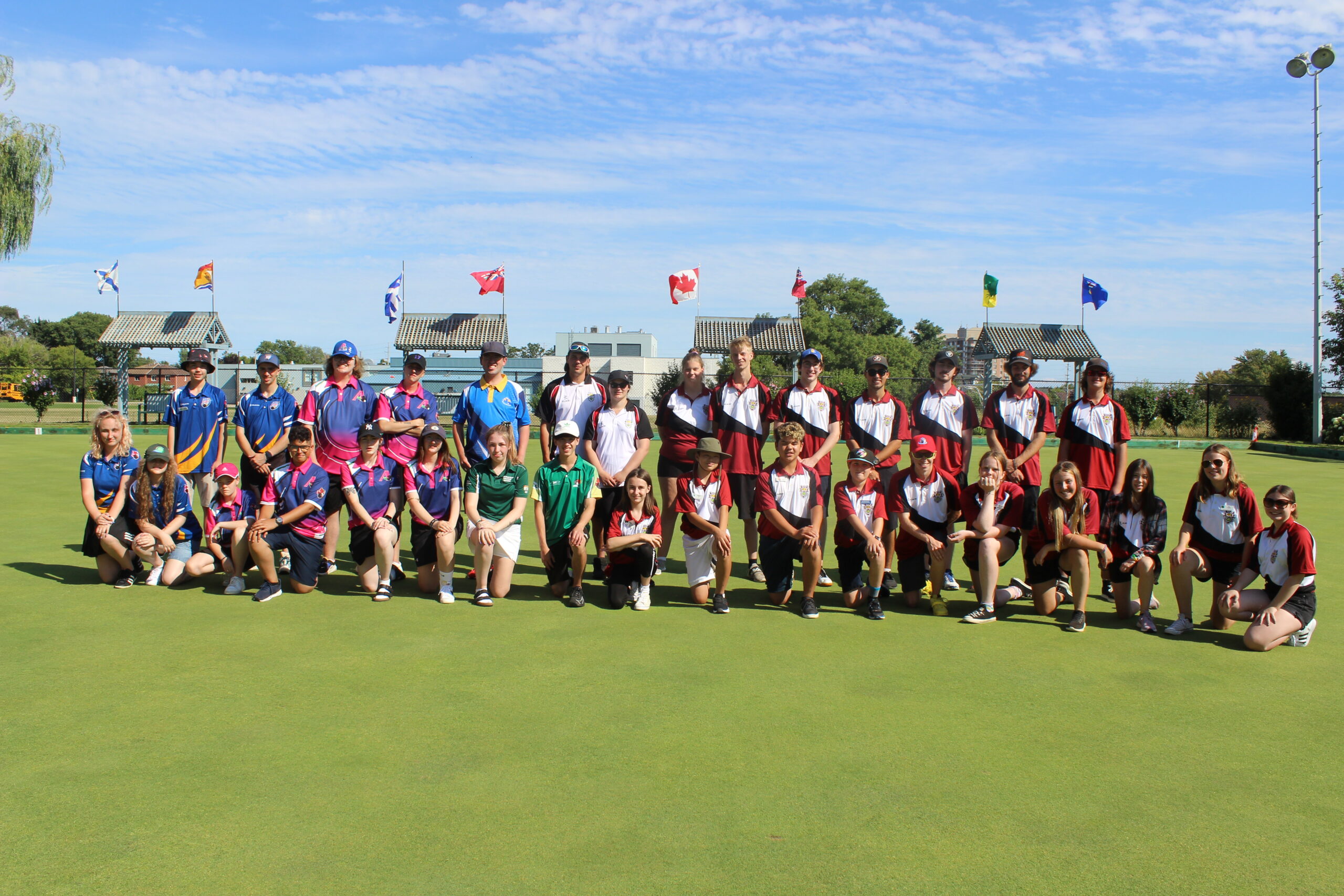 (AB) who would compete for gold, while Daleigha Stanyer (ON) and Emmalee Smith (ON) competed for bronze. In the gold medal match, Spence got off to a hot start, going up by double digits to start the match. Gallacher narrowed the lead but could never fully recover with the PEI representative claiming gold with a score of 21-8. In the bronze medal match, it was a close game with Stanyer inching out the victory 21-17 over Smith.

In the Under 25 Men’s division, 6 players advanced to playoffs, of which Owen Kirby (ON), Brad Roden (AB), Curtis Wartman (ON) and Xavier Stanyer (ON) were the final four. After two closely contested games, it was ultimately the consistent play from Owen Kirby (ON) and the determination of Brad Roden (AB) that secured their spot in the finals of the U25 Men’s division. Owen came out very strong pulling out with an early lead with some nearly perfect bowls. Brad, never giving up, kept his head down and attempted to limit Owen’s scoring.  Owen

took the victory with a score of 21-6. For the bronze medal game, Curtis Wartman (ON) and Xavier Stanyer (ON) had a very close match trading ends back-to-back. Ultimately, Xavier prevailed with a score of 21-19 claiming the Bronze medal. Congratulations to Owen Kirby on being named the champion of the 2022 U25 Men Youth Championships.

MVP Sports, long time supporter of the Youth Championships, provided prizes for the winners, with the Under 18 winners getting a set of coloured bowls, while the Under 25 winners received a prize pack they can raffle off to help fundraise their way to the 2022 World Youth Championships in December.

As the official awards and recognition supplier for BCB, Nothers The Award Store provided all medals and awards for the event.

EventConnect is the exclusive accommodations provider for all Bowls Canada events.

Proud supporter of the Canadian Junior and Under 25 Championships and National Bowls Day, MVP Sports is Canada’s leading lawn bowls equipment distributor since 1985. MVP Sports is the inventor, developer, and sole distributor of the world’s best bowls delivery aid, the Ubi-Launcher. Revolutionizing the bowls world, MVP Sports assisted in the development of the SRPM, the world’s only accurate tool for testing green speeds. For more information on MVP Sports please visit www.mvpsports.ca.

EventConnect is the only event management software in the sports tourism industry that connects thousands of rights holders, tournament directors and accommodations on one platform—working with more than 4,000 events, 40,000 hotels in over 800 cities across North America. EventConnect helps top sports destinations/organizations reduce administrative tasks and increases the capacity to deliver memorable experiences to all participants. The no-cost, end-to-end platform is customized for each partner’s needs and is seamless for organizers and participants to use, creating efficiency while increasing value. EventConnect has an average savings of 24% on hotel rates versus the leading booking platforms and has an over 99% rate of booking satisfaction and positive experiences.

About Nothers The Award Store

For more than 50 years, Nothers The Award Store has been a supplier of awards and recognition products to Sport Associations, Schools, Professional Associations, Corporate Markets and Service Clubs. Servicing the likes of Western University, Volleyball Canada and Pet Valu to name a few, Nothers has the capacity to service everything from National Championships to local leagues with custom medals and awards, signage and promotional products. The company is Ontario-based and services Canada-wide.