The Men’s Fours and Singles, taking place during the second half of the Asia Pacific Championships, are scheduled to begin on June 24th local time.  Having completed Pairs and Triples play already, the Canadians will be well warmed up for the next sage of competition on the sunny Gold Coast of Australia. 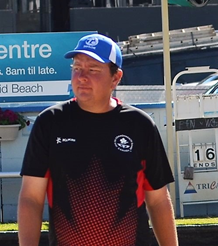 Men’s Singles
Ryan Bester (Hanover, ON) will be representing Canada once more in the men’s singles. Over the past 7 years, Bester has claimed silver in the men’s singles at the World Championships (2012 and 2016), and the Commonwealth Games (2014 and 2018). His toughest competition in sectional play will be Australia’s Ray Pearse. Pearse took silver in the fours, and bronze in the pairs at the 2015 AP Championships; he most recently won the 2018 Australian Singles Championships as well. Bester will also need to be wary of Malaysia’s Soufi Rusli. Rusli made it to the quarterfinals of the 2018 Commonwealth Games and will be eager to improve on that result. Coming off a strong win in the 2019 Blue Opal Singles challenge, expect to see Bester advance to the play off rounds. 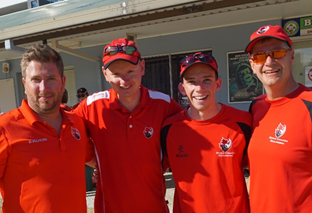 Cameron Lefresne (Enfield, NS) Greg Wilson (Cochrane, AB), Pat Bird (Calgary, AB), and Rob Law (Winnipeg, MB) will make a dynamic force in the fours. This is a new fours grouping with the return of Pat Bird to the Canadian fold and the addition of newcomer Rob Law.  The back end of Lefresne and Wilson remains unchanged from the 2018 Commonwealth Games.

This four is facing a tough section with the likes of New Zealand, Malaysia, Philippines, and USA all be standing in their way. USA finished 6th in men’s fours at the 2016 World Championships, and Malaysia finished 7th at the same event. New Zealand will be the favourite in the group, despite a major shakeup from their Commonwealth Games fours team. Of Kiwi squad (Ali Forsyth, Gary Lawson, Jamie Hill, and Mike Kernaghan), only Forsyth competed at the Commonwealth Games. Canada can’t take this team for granted, as both Lawson and Kernaghan have been on and off the Blackjack squad for years. If Canada can win two of their games against New Zealand, Malaysia, and USA, they should stand a good chance at getting into the playoffs.